Most major U.S. cities have seen multiple sites launch in the last five years.  Some, like these microbreweries for sale locations, are ready to change hands and are ready for new buyers.  Others are thriving and remain viable parts of the city landscape for those that want what they believe to be a better brew than the big company, mega wholesalers of beer.

The strict definition of a microbrewery for sale like the ones featured here is an establishment that produces less than 15,000 barrels (17,600 hectoliters) of beer per year with 75 percent or more of its beer sold off-site. Microbreweries sell to the public by one or more of the following methods: the traditional three-tier system (brewer to wholesaler to retailer to consumer); the two-tier system (brewer acting as a wholesaler to retailer to consumer); and, directly to the consumer through carry-outs and/or on-site tap-room or restaurant sales.

According to the Brewers Association, the number of new units grew 15.5% between 2016 and 2017 to a total of 6,372 in 2017. The same association states that the industry contributed $76.2 billion to the U.S. Economy in 2017 and created more than 500,000 jobs.  Their numbers are derived from the total impact of beer brewed by craft brewers as it moves through the three-tier system (breweries, wholesalers, and retailers), as well as all non-beer products like food and merchandise that brewpub restaurants and brewery taprooms sell.

The industry also provided more than 500,000 total jobs, with more than 135,000 jobs directly at breweries and brewpubs, including serving staff at brewpubs.

Those seeking an opportunity in the industry often focus on microbrewery for sale opportunities like the ones featured here.  The advantage of an established location is that much of the heavy lifting to meeting licensing requirements as well as a construct to local standards is already complete with these turnkey types of locations.

There is definitely a switch in the industry from the major brewers to a microbrewery for sale locations like these as market share is shifting.

Overall U.S. beer volume sales were down 1% in 2017, whereas craft brewer sales continued to grow at a rate of 5% by volume, reaching 12.7% of the U.S. beer market by volume. Craft production grew the most for microbreweries.

Retail dollar sales of craft increased 8%, up to $26.0 billion, and now account for more than 23% of the $111.4 billion U.S. beer market. Restaurant brokers like the ones at We Sell Restaurants can assist you in finding the right microbrewery for sale as well as writing a purchase agreement, assisting in due diligence, and providing guidance along the way. 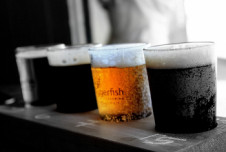 Two Restaurants With Bar For Sale! Best Location in Charlotte! 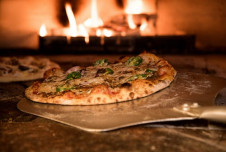